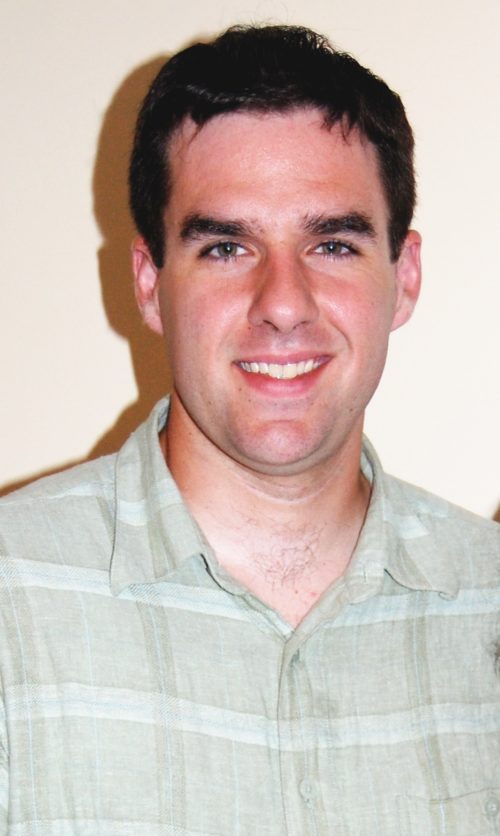 Andrew Shaw started his career at Gentle Giant in a similar way to other legendary Giants. After graduating from college, he was looking for a challenging job that would keep his mind sharp, put some money in his pocket and keep him active. When he came upon an advertisement for a position at Gentle Giant he thought, “this will be a good job for me while my wife finishes school.”

Because of Andrew’s extensive background in athletics, he quickly added to the Gentle Giant culture of teamwork and hustle. While his first winter had its difficulties, Andy found the job to be “a lot of fun and challenging at the same time. After the first few weeks of moving in the snow during January, I figured that I could probably handle doing this for awhile. When everyone else around you wants to give it 100%, then it is pretty hard to not want to go the extra mile yourself.”

Gentle Giant’s commitment to taking great care of its employees is a big part of the reason Andrew decided to stay at Gentle Giant long-term. “[The movers] are not just a means to an end, but rather an important part of the company that matters to those who make the decisions.”

Additionally, Andy finds the job to be “challenging, but rewarding. Gentle Giant provides me with a job that keeps me continually growing and improving, both personally and professionally.”

As a key player in Gentle Giant’s leadership development program, Andrew has helped the company grow locally and across the country. “I find it refreshing that we are putting such an effort towards maintaining quality, as so many companies eventually drop their standards when they get too big. For anyone that enjoys working hard, I recommend Gentle Giant. I don’t always know if most people really know how physically challenging it can be.”

When Andrew isn’t working at GG, he enjoys running and spending time with his family.

“My wife and I live in Beverly, MA and have three children. Our wonderful kids take up most of our time, but they are worth every second of it. We really enjoy living on the North Shore, as it is so close to anything you could want to do: go to the city, relax on the beach or hike a Mountain in New Hampshire.”

Andrew recently finished his first Boston marathon in 2012, thanks to getting a number as a result of Gentle Giant’s sponsorship of the race. Additionally, Andy likes to play other pick-up sports and loves studying history.