Five Giants Prepare to Take On the 2017 Boston Marathon

Five Giants Prepare to Take On the 2017 Boston Marathon 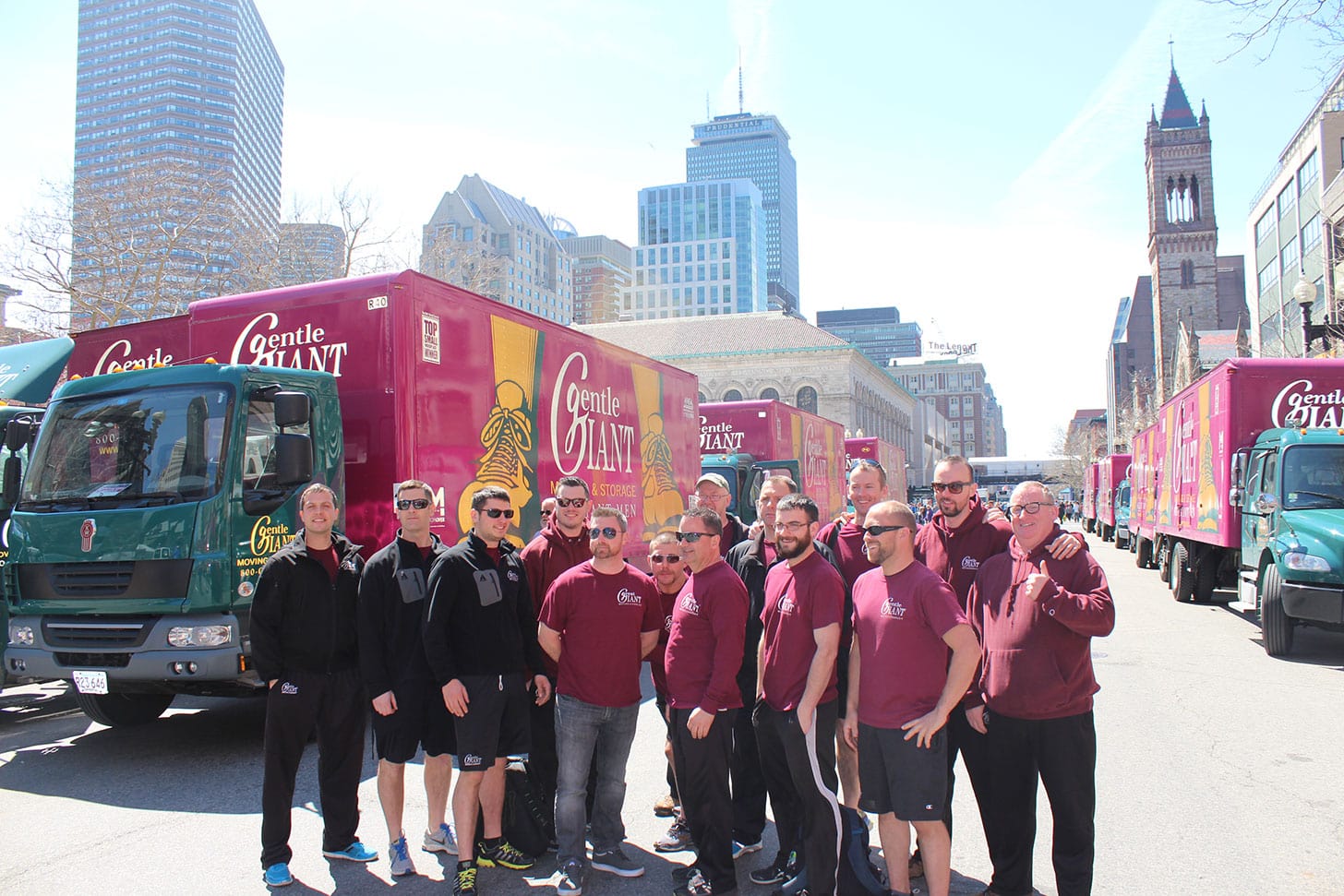 Meet Rich, our IT extraordinaire who made a big transition from the weight room to the open roads in search of a new challenge. Meet Erica, she is running her 4th Boston Marathon with hopes of beating the heat and running this year’s race in under 4 hours. Meet Paul, one of our intrepid movers who has spent the last few months juggling his physically demanding work load with the trials of training. Meet Abby, former Yale rower who will be testing her fortitude in a new sport and a new athletic adventure. Meet Victor, he is trading in his boxing gloves to lace up a pair of running shoes.

These five Giants will be lining up in Hopkinton, Massachusetts at 11:15 on Monday, April 17 with the intention of running 26.2 miles, all the way to the pulsing heart of Boston. First run in 1897, the Boston Marathon is the world’s oldest continuously running annual marathon. This footrace is as entrenched in Boston history as the midnight ride of Paul Revere or Fenway Park and the Curse of the Bambino.

For Boston natives and running enthusiasts alike, there is no greater display of athleticism, determination, purpose, and heroism. It is a day that watches as a network of communities band together to cheer roughly 30,000 people across 26.2 grueling miles and up one mighty hill that just may break your heart.

As fabled as that first run from the battlefield of Marathon to Athens, Greece, it is considered the cherry at the top of a towering sundae of historic city marathons. Many runners devote years of early mornings, callused feet, and aching muscles to the singular goal of qualifying for Boston. However, it is so much more than a race.

The Boston Marathon uses its unparalleled reputation to attract athletes of all shapes and sizes who run for charity and raise millions of dollars for the good of the community. In 2016, $30.6 million were raised to benefit more than 200 non-profit organizations. At Gentle Giant, we recognize the value of supporting our city, this historic race, and the important fundraising efforts.

For the 21st year in a row, Gentle Giant Moving Company serves as the official moving and storage partner of the Boston Marathon. With a tradition of fitness and service, supporting healthy habits and community engagement is an integral part of our company culture and value system. As official sponsor, Gentle Giant donates storage space, provides resources for delivery and distribution of equipment, and fills the ranks of race day volunteers at the finish line.

Our large maroon trucks have been parading through the streets of Boston on the third weekend of April for over two decades, carrying official race gear, finisher medals, and a swelling pride at our involvement in this historic event. More recently, it isn’t just our trucks parading down the home stretch of Boylston Street, but our employees as well.

Every year five lucky Gentle Giant employees get a chance to conquer Heartbreak Hill and check one mighty marathon off their bucket list. Over the last several months, they have been working tirelessly to not only prepare to run the most legendary marathon but also to raise funds in support of St. Jude Children’s Research Hospital and their efforts to combat childhood cancer. With over $10,000 raised, Gentle Giant is proud of all the hard work these athletes have put in, both on and off the training route.

At Gentle Giant, like the rest of Boston, the 3rd Monday in April is one of our very favorite days of the year. We get to support our city, our athletes, and the community that we call home. To all the runners out there, GOOD LUCK AND FAST DREAMS!