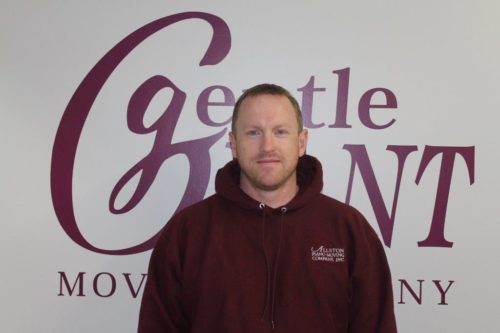 Back when Cillian was a college student in Ireland, he asked his friends to help him find a great summer job so he could have an “American Experience” in the States. Lucky for him and for us, a friend told him about Gentle Giant, and after acing the interview, he was on a plane to Boston to begin his career as a Giant.

Although he admits that adapting to the accents and hot weather his first year was a challenge, Cillian stuck with it. Upon returning the next year, he decided to stay with Gentle Giant because he “enjoyed the hard work and honest nature of the people involved.”

Cillian enjoys how Gentle Giant pushes people to be the best they can be, and rewards them for it. His hard work has helped him advance within the company. He is currently the Regional Offices Manager, but he has previously served as a mover and as our Dispatch Manager. When he was still working in dispatch, he acted as a bridge between life on the trucks and the demands from members of the office, and was responsible for scheduling crews for the hundreds of daily jobs.

He is most impressed by how all the different departments at Gentle Giant to work well together, and he has incorporated this into his own role. Cillian has noticed positive growth within the company and its employees, year after year. For this reason, he would absolutely recommend Gentle Giant because “We are the best of the best. Nobody can touch us!”

Outside of the office, Cillian enjoys golf, motorcycles, soccer, and aspires to one day be a backseat NASCAR driver.