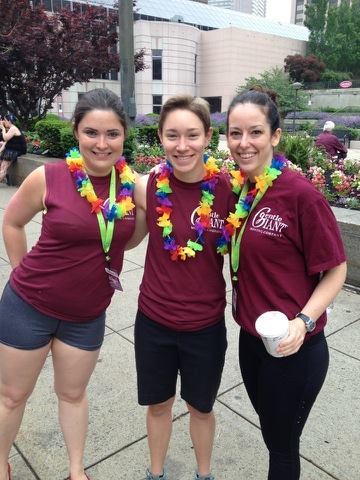 Gentle Giant will proudly participate in four LGBT Pride events across New England, all the way to California, in continued support of the lesbian, gay, bisexual and transgender (LGBT) community.

At Gentle Giant, Pride events are valued and acknowledged. For the past three years, Gentle Giant has been proudly marching in the Boston Pride Parade. Our involvement was such a success with employees and in the community that we began getting involved in Pride events in additional cities across the country.

“Gentle Giant is invested in its commitment to diversity, and we value the events and initiatives that matter to our employees and customers. In addition to being a sponsor of Pride nationally, we aim to be a full community partner and supporter of the LGBT community,” said Larry OToole, Gentle Giant’s Founder and President.

Our employees, family and friends of employees and volunteers will all be participating in these Pride events. We will be marching in the parade next to the iconic purple Gentle Giant trucks, engaging the crowds and distributing giveaways.