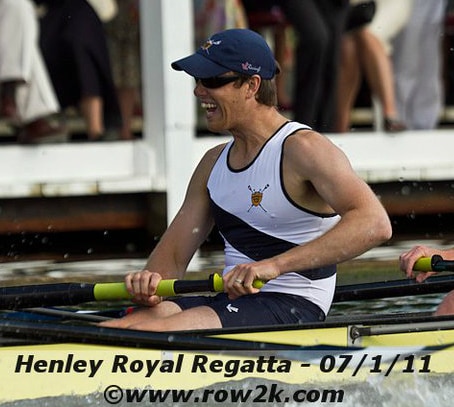 There are certain Gentle Giant employees who have helped define what it means to be a Giant: athletic, intelligent and driven. Jeremy Abele is one of those individuals and has impacted our company as a mover, recruiter and salesperson.

Since opening in 1980, Gentle Giant has had strong ties to the rowing community, and was known as one of the top employers of rowers in the area. Jeremy submitted a job application after being encouraged by friends and rowing teammates who had worked at Gentle Giant Boston in the past. He felt confident that his rowing experience gave him the discipline, work ethic and mentality he needed to find success as a Giant.

Reflecting on his first summer as a mover, Jeremy felt it was both challenging and extremely fulfilling. “We worked hard each and every day, but we had fun doing it. Every day was different – a new customer, a new city, a new crew of Giants to work with” he said.

For Jeremy, the company culture was his favorite part of working at Gentle Giant. He said, “everyone I worked with at Gentle Giant had such a positive attitude. The company had a strong sense of unity; it was truly a team environment.”

One person that had a big effect on Jeremy during his time with us was a fellow Giant, Noah Duarte.

“Noah has an unbelievable work ethic. He has high standards and expects nothing less than perfection from his crew. As a rookie mover, I recall a few situations where Noah pulled me aside to provide some constructive criticism. I remember thinking “I really don’t like this guy, and why does this matter?” Looking back, I can say I learned a lot working with Noah. There was always a method to his madness and always a lesson to be learned. On top of being a great teacher, Noah had an undeniable passion for the job” Jeremy said.

Regularly working with top-notch employees like Noah prepared Jeremy for the challenging situations he would face on the trucks every day. One particularly difficult situation was a commercial moving job in Cambridge in the heat of the summer.

“We were moving several large, extremely heavy pieces of machinery out of the fourth floor of a building. It was equipped with an elevator, but none of the large pieces would fit” he said. “The craning of the pieces was the easy part; the hard part was getting the heavy machinery to the window. Through a combination of dollies, straps, and half a dozen Giants, we were able to carefully roll the pieces to the window and crane them to the truck. Needless to say, it was a long, extremely challenging move. In the end, it turned out to be extremely successful.”

Jeremy had a unique work experience at Gentle Giant and worked in multiple departments. He started out on the trucks as a mover, and then transitioned into an office position in recruiting and sales. He felt that regardless of which department he worked in, there was a common theme among his colleagues: a clear passion for the job, and always going above and beyond to make sure the customer is happy. Jeremy said he carried this into his current career and has no doubt that it has been a key element of his success.

Even though Jeremy is no longer an official recruiter for Gentle Giant, he still regularly recommends Gentle Giant as an excellent place to work. “Whether you are looking for a summer job, a career or just a launching pad to something else, Gentle Giant can provide you with invaluable experience that can be applied to just about any industry” he said.

Jeremy advises new Giants to take full advantage of their time with the company. “Whether you plan to pursue a career at Gentle Giant or move on somewhere else, the lessons you learn and the experiences you have at GG will stay with you.” He also tells potential Giants that there are opportunities to “score” items on the job that customers no longer want. These can vary from treadmills to air conditioning units to fine furniture.

The greatest thing Jeremy ever scored was “a solid cherry wood dining room table. I could not for the life of me figure out why the customer wanted to get rid of it, but I was happy to take it off of their hands. The table needed a little work, so I took it over to Gentle Giant Restoration and together we turned it into a beautiful piece of work. The table stills sits in my dining room today – and I have received numerous compliments from friends and family” he said.

Jeremy now resides in Philadelphia with his lovely wife, two daughters and two dogs.  He enjoys spending time with family and friends and staying active through rowing, competing in regattas throughout the northeast.