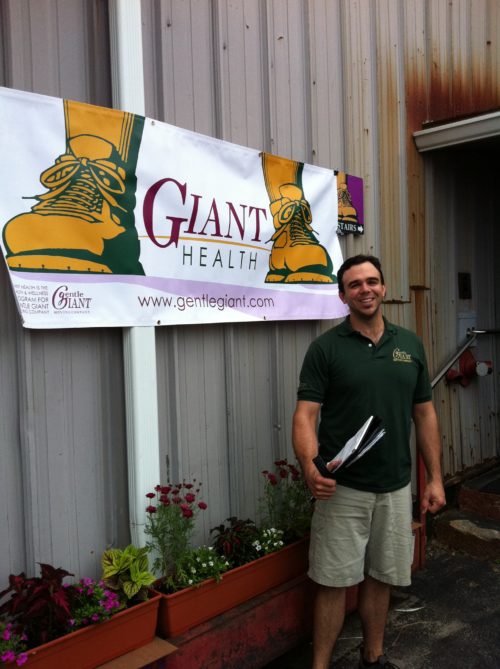 When Hunter Gates was job searching back in 2004, he focused his search on companies that would keep him active and interested. As luck would have it, he stumbled upon a job listing to join Gentle Giant’s team of Boston movers that offered him just that. It also gave him the opportunity to explore the physical and social landscape of the Greater Boston Area, which was a major perk for him. When Hunter began his tenure on the trucks at Gentle Giant, he immediately took to the exciting work and camaraderie with the other passionate people on his team.

The work Gentle Giant demanded of Hunter – early mornings, challenging physical and mental work, and long, unpredictable days – were not a problem for him. He was used to an active lifestyle, tempered with an inherent desire not to be idle. It was clear from the start that Hunter Gates would be a special employee.

Hunter described his first year at Gentle Giant as “Solid. Very busy, but extremely rewarding,” which is an often heard sentiment from Giants during their first year. He recalls the most difficult piece he moved that year.

“My first piano. It didn’t move when I first tried to lift it, and the person on the other end of it had to teach me how to do it properly.” It was this calm, helpful, coaching culture that helped Hunter decide to make a career at Gentle Giant.

His first year gave him the time to understand the company’s culture, benefits, strategy, and commitment to excellence. “The company’s investment into my success and development led me to invest in the company. The standards to which GG holds itself are in line with my own life philosophies.”

During Hunter’s career on the trucks, he claims to have learned many more practical job skills here than he did in school. These include working with teams as a leader and a member, and how to handle many different situations, including time-sensitive, extremely challenging moves.

Hunter was able to see the company evolve and become “more organized in making sure everyone has equal opportunities,” which is something Hunter can take credit for. While serving as Training Manager, he was responsible for teaching all new employees the safest, proper ways to move everything they will encounter on the job. He also worked with Giants to take on more challenging responsibilities, like driving and becoming a Crew Chief.

Hunter enjoys music, outdoor activities, gardening/landscaping, cooking, house projects/repairs and spending time with his family. Hunter and his wife have one child and recently bought a single-family home on the north side of Winter Hill in Somerville. Hunter loves living in Somerville and is an active participant in many of the citywide public art events.