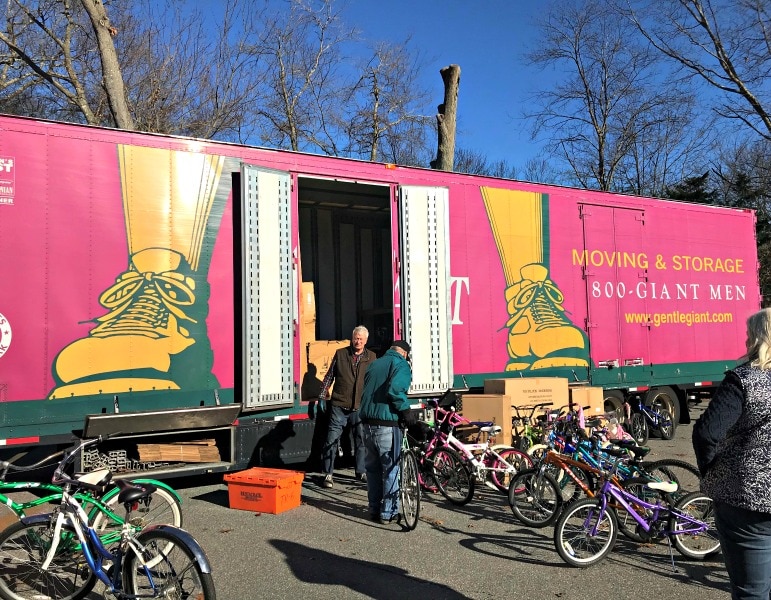 This past fall, Gentle Giant collaborated with Renaissance Marion Incorporated, an Alabama-based non-profit organization, to bring bicycles to citizens in need of transportation.

We were able to contribute to the cause by picking up bicycles in Connecticut from Bikes for Kids, an organization in Connecticut on a mission for “every child to be able to experience the enjoyment of owning and riding their own bicycle,” according to their website. Bike for Kids collected and gathered the bicycles, then Gentle Giant picked them up and delivered them to Marion, just in time for Christmas.

Renaissance Marion Incorporated is focused on community development in Marion, which is part of Perry County and located in what is known as the “Black Belt” of Alabama.

Marion’s poverty rate is 46.9%, one of the highest in the region, and many Marion residents struggle with finding transportation. This affects their ability to access healthcare, groceries, employment and social activities. Limited access to transportation, a privilege many of us may take for granted, is seen as one of the most significant challenges in the community.

To make community engagement more tangible, the RMI Board of Directors has made access to transportation a top priority, particularly for Marion youth. The Board believes bicycles will “increase community engagement and economic activity among youth, as well as improve cross-generational relations through increased interaction” according to John Joiner, the Executive Director of Renaissance Marion Incorporated.

We always look forward to serving those in need in any way possible and are glad to put our moving services to work for a good cause, so thank you Bike for Kids and Renaissance Marion Incorporated for allowing us to be involved with this project. We hope every child enjoys using their bicycle in the new year!