An Ode to Harvard Stadium

An Ode to Harvard Stadium 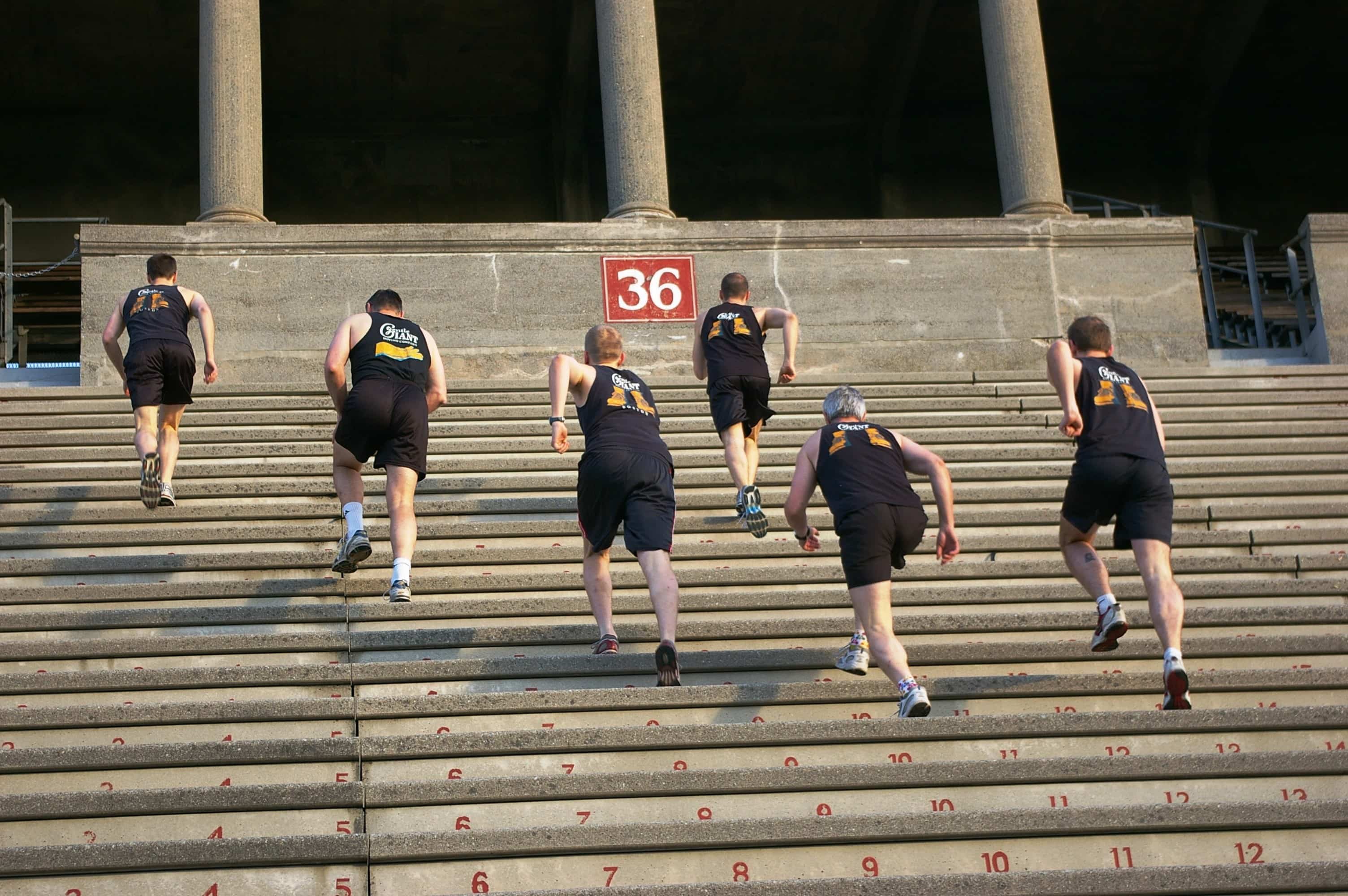 As December draws to a close and 2017 approaches, it is time for our year-end review. Companies use this period to review sales, growth and customer approval ratings. The data gathered allows us to track progress, monitor productivity, and benchmark future goals in order to serve customers more efficiently.

Here at Gentle Giant, we have a metric that we are confident most companies don’t factor into their year-end review: steps.

Harvard Stadium is many things to many people. It’s a beast; it will chew you up and spit you out the other side. Many retired Boston collegiate athletes will look back fondly on their years of competition and claim to have cut their teeth in the deep, dark depths of this hallowed colosseum. It is where boys become men and where girls transform into the powerful women they once idolized. And it is where the Giants of Gentle Giant are born.

This concrete, horseshoe-shaped stadium is the oldest in the country, numbering 37 sections around and 31 rows high. The “seats” are simple: cold, concrete steps that torture spectators and athletes alike. In a traditional “tour” of the stadium, an athlete will run up the seats and down the steps, effectively completing 31 deep lunges up, 37 times, with 62 steps down in between. A grand total of 3,441 steps.

It looks doable and seems deceivingly easy upon arrival. Most newcomers to the stadium believe all the hype and warnings were nonsense, until they begin ticking off sections: 37, 36, 35, 34. Depending on fitness, preparation and mental toughness, they may begin to worry somewhere around the “33 sections to go” mark. Stealing glances over their shoulder at the looming concrete horseshoe that awaits, they shudder. Still miles from the great turn in the stadium, they realize the end is far from near.

At Gentle Giant, the stadium is the first step every new hire takes in becoming a true Giant during their initial two days of training. From intramural heroes to Olympians, Gentle Giant’s ranks are full of competitors ready to face even the most challenging task. Before they don their maroon shirts with the giant feet on the back, these athletes tackle the stadium.

It is a longstanding ritual rooted deep in the rowing history of Gentle Giant. For a company that has built its reputation on moving people carefully yet efficiently, the ability for every new hire to complete Harvard Stadium is an integral part of growing our trustworthy brand. Like every athlete who has come before, the stadium is a place to test physical fitness as well as mental fortitude. The latter is particularly important, as Gentle Giant recognizes the inevitable stress of moving day. Our Giants are always ready with both a powerful body and calm mind.

Without further ado, let’s have a look at the numbers. In 2016, with over 215 Giants joining our New England team and climbing 31 rows up, 62 steps down 37 times, we have recorded 250,046 seats climbed and 500,092 steps descended. Over 750,000 steps taken in our dear Harvard Stadium. These numbers do not include the many Giants who chose to test themselves in a weekly tour with their coworkers, just for fun.