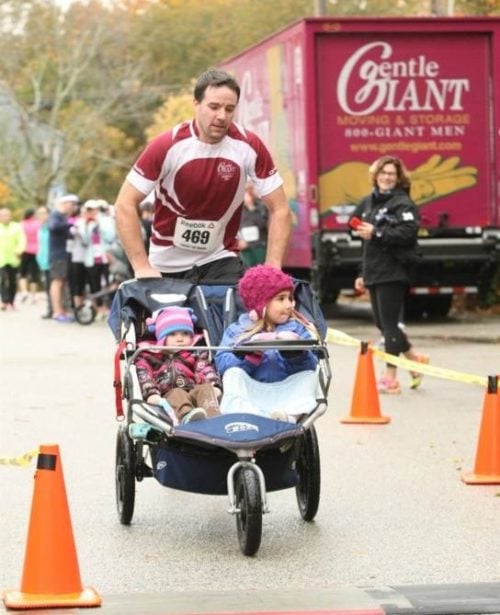 Matt McCulley, the Branch Manager of our Readville office, is a great example of an athlete who seamlessly transitioned from hustling on the field to hustling on a move.

Matt started his career at Gentle Giant after a couple of his college rugby teammates started working at our Framingham, MA office. “I’ve always enjoyed physical activity. I played many organized sports both growing up and in college, so I was ready to go hard every day at Gentle Giant” he said.

From the beginning, Matt enjoyed many aspects of life on the trucks, including the people he worked with and the team environment. “There is also a lot of freedom in my job, and I am in a new place almost every day” he added.

When asked about his first year, Matt said, “It was pretty crazy, but I felt like I fit in well and quickly moved up into more responsible roles. I was working in the Framingham office, so I didn’t see Somerville too often. I can remember having to do a fourth floor walk-up to a fifth floor walk-up with Giants Moe Harris and Mike Mancini. Being the new guy, I was stuck in the middle, sprinting up and down the stairs. I felt like that was my initiation into being a Giant.”

After Matt was offered the his first Branch Manager position in 2003, he realized Gentle Giant could provide a great career long-term. “I enjoy my work and I think most people can’t say that. There are so many non-traditional benefits of working at Gentle Giant” he said.

This commitment to employee satisfaction has helped the company grow tremendously. By caring about the employees, they in turn take great care of our customers. “I always recommend GG, especially to my rugby teammates who are looking for work. In fact, I could list a good amount of guys who I brought to GG that have succeeded and some are in important roles here now.”

Outside of Gentle Giant, Matt enjoys playing basketball and still plays rugby occasionally. The rest of his time is spent with his wife and children in their new home. After many years living in Framingham, his family – including a dog named Porter – moved to Canton.