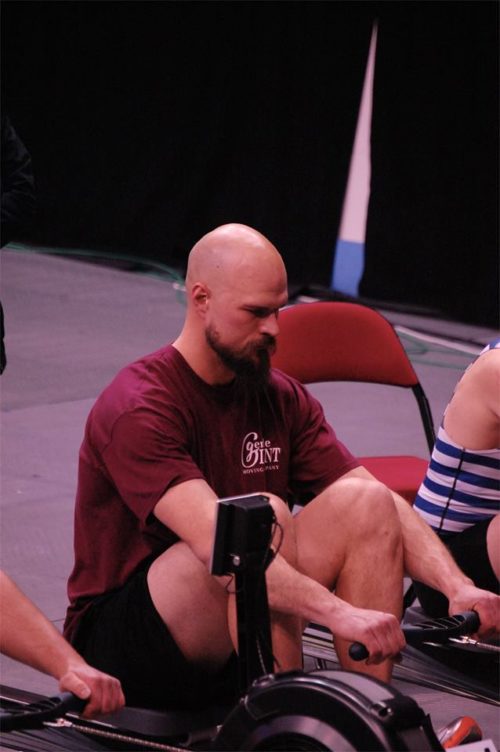 Back in the mid-90’s when he was a collegiate rower, Jon Powell had never heard of Gentle Giant. It wasn’t until Larry struck up a conversation with Jon at a rowing event that Jon was exposed to the Gentle Giant heart. To quote Mr. Powell, “I found it very weird at the time, but now recognize the tactic as pure genius.”

As Jon became immersed in the Gentle Giant culture, he found that his experience with rowing had properly prepared him for the demanding job. “The teamwork that I experienced in rowing helped set me up for the kind of culture that GG tries to cultivate. Also, the physical demands of the job were made easier because of the incredible shape I was in.”

While he was definitely prepared to work hard every day, Jon’s first year was no cake walk.

“It was very difficult. I ran into so many challenges that I just had to process and move past. It was great fun, but at times very stressful, physically and mentally. It forced me to grow in ways I may never have if I didn’t work here” he said.

The late 1990’s was a very busy time for moving, especially at Gentle Giant. Our company was beginning to grow beyond our Somerville, MA warehouse and open offices in suburban areas. Jon started his career with Gentle Giant in the Framingham office, when there were only three to four people working there.

“It was a very scaled-down operation, and far removed from the main offices in Somerville. The amount of welcome I received when I met workers from the Somerville office was surprising to me” he said.

By the time Jon finished school, he had made an amazing impression on Gentle Giant, so Larry approached him about taking on more responsibility in the company. In addition to the company’s commitment to excellence, Jon notes that “Gentle Giant supports the people who work here. We are all encouraged to learn from our mistakes, and we’re not harshly disciplined for making those mistakes. Gentle Giant nurtures a culture of continuous improvement.”

In addition to being a manager, Jon works with new Giants to train them properly and help them become leaders themselves. Everyone who has worked with Jon agrees that he embodies the “Gentle Giant” spirit. He is a powerful 6’7, but is one of the most careful movers in the company.

Jon lives in Methuen, MA with his wife, Elena, and two daughters.

“We are about as busy as we can be between work, school, and my band. We practice twice a week in my basement and gig 2-3 times a month. We make it work with a lot of hugs and communication.” Sounds a lot like life on the trucks!