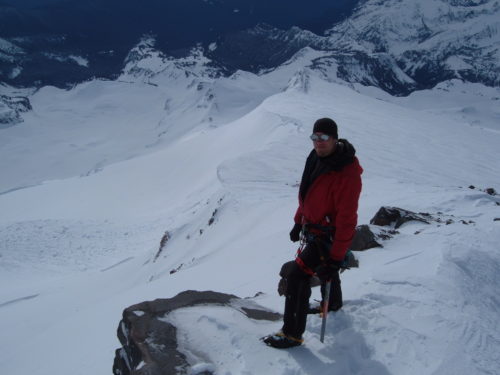 As a growing regional business, we are very thankful for the initiatives our regional managers have executed. We are especially grateful to GG alum Kris Walker, Master Crew Chief extraordinaire and our first Gentle Giant New York regional manager.

Kris first heard about Gentle Giant from his rowing friends the summer before planning a move to Boston. He was looking for a rewarding job to get established while living in the city. He started work on September 10th, 2001, and his first move was on the notable September 11th, 2001.

He was based out of the Boston location until 2003 before transferring to the Needham location through 2004. After spreading his roots in Massachusetts, Kris helped to start our New York location and worked there until the end of 2007 to pursue a career in software.

Unsurprisingly, Kris’s favorite part of the job was the dynamic between his colleagues. “We worked together, dined together and played together” he said.

Although he has been part of many challenging jobs, such as hoisting an armoire to a 3rd floor window in Charlestown, Kris fondly remembers the great customers and coworkers he met during his time with Gentle Giant.

Now as a software engineer, Kris helps to build high-scale web systems for clients such as Warner Brothers, Samsung, Apple and more. He credits his time at Gentle Giant when reflecting on his work ethic.

“Gentle Giant taught me the value of teamwork and what good management really is. It also taught me how great it is to have awesome customers” he said.

In addition to being a rower, Kris is also a golfer and an accomplished mountaineer. “I’ve been to a handful of really awesome places. I’ve climbed in Alaska, the North Cascades in Washington, British Columbia, The Rockies in Colorado and a bunch of landmarks in the Northeast as well” he said.

He currently lives in Saratoga Springs, NY with his wife and two sons.