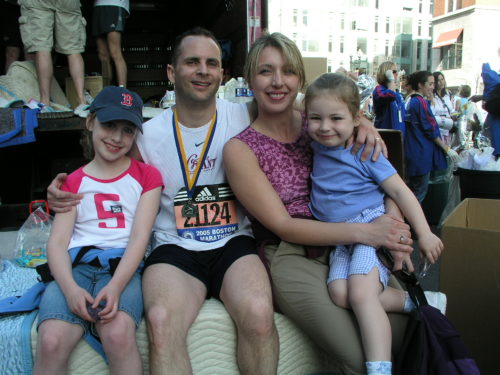 Pat Inman, the Director of Operations at Gentle Giant, comes from a family filled with the moving gene.

“I started moving furniture when I was 15 years old,” Inman recalls. “A builder by trade, my father began delivering retail furniture during a downturn in the economy and I helped him on the weekends.”

Papa Inman’s delivery service was eventually taken over by Pat and his brother Tim, who developed this business into a ten-truck operation. By being in the moving industry, Pat had met the Gentle Giant owners, Larry O’Toole and John Pacocha, a few times at the Mass. Movers Association meetings. He was struck by the fact that they were always by far the biggest guys there, yet how unassuming they were. He also remembers from those early days that “they would listen and were interested in what others had to say.”

After the brothers closed their moving business after 10 years, Tim came to work at Gentle Giant Boston, while Pat went to work at United Van Lines to work for “the big guys.” However, he found that his values did not line up with the values of the company. Tim kept telling Pat that GG was different; a remarkable place to work and that he should meet with Larry to discuss opportunities. He eventually had a meeting with Larry, which ended in a handshake and a professional relationship that has lasted over 15 years.

When Pat came on board, he remembers feeling fully prepared for Gentle Giant’s culture of working together. He had played on many ice hockey and baseball teams, and appreciated GG’s culture of teamwork. Pat adds that he felt his experience at college helped him “to better understand our younger work force and the point they are at in their lives.”

As the Director of Operations, Pat is the one championing teamwork with the hundreds of Giants he oversees. This leads to more people embracing our hardworking company culture and stepping up to take on more responsibility within the company.

Pat also has an exciting life outside of Gentle Giant. In addition to reading, fishing, marathon running, and exercising, his biggest passion is helping his three kids grow up and participate in school and sports.