Trucks May Break Down, But Our Giants Won’t

Trucks May Break Down, But Our Giants Won’t 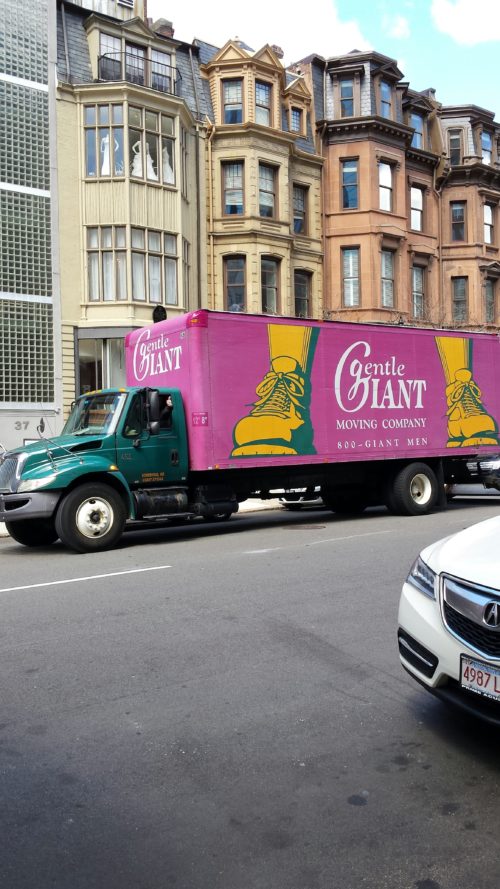 This is a special blog post written by our founder, Larry O’Toole, about our Giants and how they refuse to let broken trucks disrupt their day.

“When I started Gentle Giant Moving Company back in 1980, I had full control over the quality of Giants that were being sent out on the trucks. At that time, I was serving as dispatcher, crew chief, driver, and pretty much everything else! If a problem ever arose on the job, I would be able to handle it personally with a courteous and professional manner. I taught this to the people I trained, and it has since been ingrained in the company’s culture.

1980 was a long time ago. Despite my desire to still go on the jobs, my body just won’t allow me to keep up with the impressive athletes Gentle Giant sends out in the present day. I rest easy, however, knowing that every Giant sent on a job is responsible, professional and passionate. They are looking not only to please the customer, but to work as a team and represent Gentle Giant to the best of his or her ability as well.

Last week when we sent a moving crew to downtown Boston, the truck became overheated and broke down on Newbury Street. This is an area known for double-parked, broken down trucks inciting fury from every direction.

Our Giants could have just stayed in the truck or hid while they waited for the tow truck, but instead they hopped out, helped guide traffic, and had a fun time doing it. I would have never even heard about this, but the store owner next to where the truck broke down sent a lovely note. She described how our Giants made the absolute best of a crummy situation. The store owner even went on to say she was so impressed, she wants to hire us for her next move!

It’s pretty amazing how a bad situation turned into a great one. Instead of having people drive by our broken-down truck and thinking, “I’ll never hire these clowns,” people drove by and thought, “Wow, what considerate people they hire at Gentle Giant!”

I am proud of all the Giants that go out every day and really demonstrate what it means to be a Giant!”