Why Does Everyone Want to Move to NYC?

Why Does Everyone Want to Move to NYC? 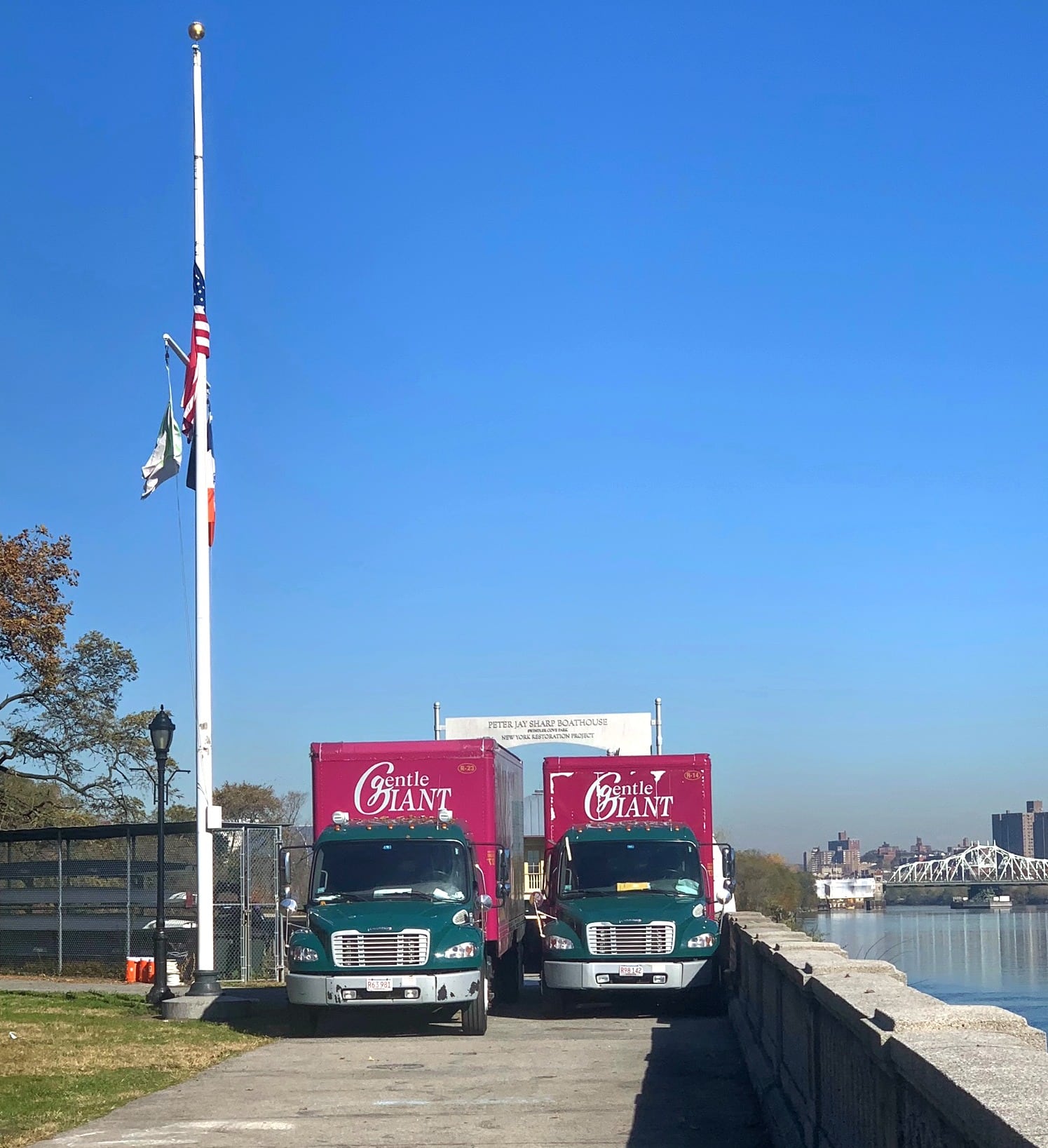 Famous for the perfect slice, a stunning Manhattan skyline, and its hustle and bustle, New York City is unlike any other. Although the city’s fast pace and 24-hour lifestyle is not for the faint hearted, there truly is something for everyone in New York. Whether you are considering a move to the Big Apple, or you are curious as to what makes the city so special, we explore why over 100,000 Americans make the move to New York City every year.

New York City has solidified itself as the financial, fashion, and media capital of the world, making it an attractive destination for those seeking exciting career opportunities. Two of the world’s largest stock exchanges, the New York Stock Exchange and the NASDAQ, are both located in the Big Apple. The NY Stock Exchange lives on Wall Street in the Financial District. As the headquarters of America’s financial markets, Wall Street is synonymous with U.S. economic power and is home to some of the largest, most influential U.S. financial institutions including JPMorgan Chase and Goldman Sachs.

Aspiring writers and television personalities flock to the ‘city of dreams’ every year. And given the city’s impressive resume of publishing houses, newspapers, music labels, and broadcast networks it’s no surprise why. Four major American broadcast networks, ABC, CNN, NBC, and Fox are all headquartered in NYC. The nation’s publishing industry is in New York, with giants like Penguin Group and HarperCollins based here. Those looking to break the music industry tend to follow the bright lights of NYC as two of the ‘big four’ music labels are headquartered in the city. Meanwhile, U.S. live television thrives here with SNL, The Tonight Show with Jimmy Fallon, and Late Night with Seth Meyers all broadcast from NBC’s studios at 30 Rockefeller Center. New York City is also one of the four major fashion capitals of the world making it the place to be for up-and-coming designers. The world-renowned New York Fashion Week takes place bi-annually and has front rows bursting with the most influential faces in Hollywood. The city is also home to three of the nation’s most prominent fashion design schools, FIT, Parsons, and Pratt.

When you think of New York City what is the first thing that comes to mind? For some it may be the Empire State Building, the yellow taxis, the Statue of Liberty, or Times Square. For many, it will be the bright neon lights of Broadway. Recognized as the city’s main entertainment district, Broadway runs directly through the Theater District and is home to an abundance of historical theaters and acclaimed musicals like Phantom of the Opera and Chicago. Among Broadway’s approximately 40 official theaters there are the Winter Garden Theater and The New Amsterdam, the flagship for all Disney theatrical productions.

For those who enjoy a weekend spent roaming through museums and galleries, NYC has copious options on both sides of the Brooklyn Bridge. The Metropolitan Museum of Art sits on the eastern edge of Central Park and is one of the world’s most distinguished art museums. The Museum of Modern Art in Midtown Manhattan is brimming with ‘Pop Art and works by leading contemporary artists’, while the American Museum of Natural History wows visitors with its ocean life and American forests exhibits. There are also endless trendy galleries lining the streets of Brooklyn’s artsy neighborhoods including Dumbo’s A.I.R. Gallery and Bushwick’s Transmitter Gallery.

Given its diverse population, you will find ample ethnic cuisines to choose from in New York City. Central and Eastern European immigrants brought ‘delis’ to the city. The Jewish delis boast some of the finest Jewish cuisine from brisket to matzah balls, while traditional Italian delis offer the finest fried calamari and New-York style pizza. If you are in search of authentic Mexican food, you will not be disappointed by the al pastor tacos served at Taco Mix in East Harlem. And when the mood strikes for Chinese food, the dumplings at Joe’s Shanghai cannot be beaten.

New York is the city that never sleeps. It consistently ranks as one of the best nightlives in the world due to its abundance of after dark entertainment. The rooftop bars of Dumbo aren’t cheap but the view of Brooklyn Bridge by night may just be worth the $30 cover charge. Theater geeks can take in a late Broadway show while sports fans will feel right at home in the 40/40 Club. Harlem’s Apollo Theater is a neighborhood staple for live music fans. Crowds can take in a live show from their favorite indie band in the same venue where the careers of many legends were kick-started including powerhouse Ella Fitzgerald. Greenwich Village is bursting with dimly lit jazz bars like Mezzrow while Manhatanites can enjoy a Prohibition-era cocktail or two in one of the borough’s many speakeasies. On warm summer evenings the New York Harbor Happy Hour Cruise offers the perfect view of the Manhattan skyline.

Overflowing with unique and lively neighborhoods throughout its five boroughs, there is a place to suit everyone in New York City. For young professionals in search of a trendy and exciting area, Hell’s Kitchen has a lot to offer. The neighborhood is located on the West Side of Midtown Manhattan and received a Niche.com rating of A+ for its nightlife and outdoor activities. Locals have access to a burgeoning food scene with top quality restaurants lining the streets, along with ample jazz haunts, dive bars, and rooftop lounges for post-work drinks.

Brooklyn’s Park Slope is a picturesque neighborhood filled with beautiful brownstone buildings and plenty of green outdoor space. It is a popular area among young families who can spend their weekends picnicking in Prospect Park, exploring the Brooklyn Museum, and reading in the nearby Central Library. Forest Hills in Queens is a popular spot among residents due to its safe streets, peaceful parks, and top-quality schools. Locals can spend a sunny afternoon in Forest Park or check out the many coffee shops and restaurants along Austin Street.

New Yorkers can get around the city easily thanks to the 24/7 public transportation system. The subway, and many of the city’s bus routes, run 24 hours a day meaning residents can avoid the stress of city traffic and street parking. The city’s rail and bus system is operated by the Metropolitan Transportation Authority at a relatively inexpensive cost to New Yorkers. You can purchase a MetroCard at a minimum of $5.50. Additionally, if you are looking to travel domestically or internationally, New York has three main airports: John F. Kennedy International Airport and LaGuardia both in Queens, and Newark International Airport in Newark.

New York City residents are also used to the convenience of having almost anything delivered to their door morning, noon, or night. Unlike other popular cities like Boston or Seattle, NYC really is the city that never sleeps. Many take out restaurants operate with late night hours, bars and clubs keep their doors open into the early hours of the morning, and delivery systems are highly efficient.

Are you planning a move to New York? We have some great resources to get you started! Check out our moving checklist for information on how to prepare for your move and use our free move estimate tool to determine the cost of your New York move. If you are not in New York, discover if we offer moving services near you at our locations page.