The 5 Most Livable Cities in America

The 5 Most Livable Cities in America 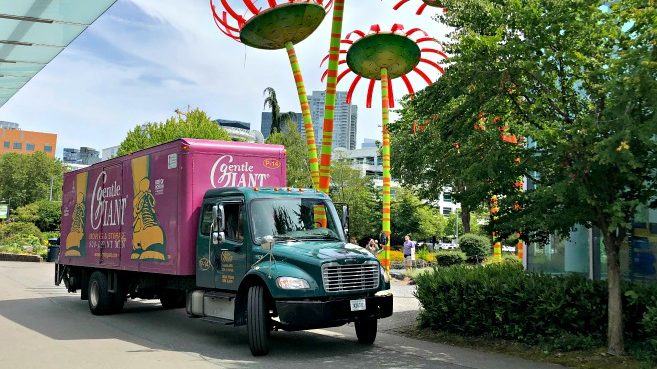 Editor’s Note: The following is a guest post from Ashley Lipman, an award-winning writer at Study Clerk service, who discovered her passion for providing knowledge to readers worldwide on topics closest to her heart – all things digital. Since her first high school award in creative writing, she continues to deliver amazing content through various niches touching the digital sphere.

The United States is one of the largest countries in the world with almost 330 million people. With so many great places to live, which are the most livable in terms of budget and quality of life?

Livability depends on many factors including weather, job market, atmosphere, affordability, education, health care and much more. When a city can check off many of these boxes, it is likely a place people love to live.

Here are five of the most livable cities in America with these factors in mind:

While you might not think a city in Idaho is among the most livable cities in the USA, you’d be wrong. Many people from all over the country are flocking to Boise for several different reasons. It offers great access to the outdoors, offers a variety of weather throughout the year, has a solid sense of community, and a strong economy and job market.

The low cost of living in Boise is incredibly attractive to many people. This is especially true for millenials, as both men and women say a high cost of living will prevent them from moving to a certain city. The city has a healthy population of over 225,000 people so it’s neither a small nor boring town by any means.

If you are looking for a city with great weather all year and a relatively relaxed, small-town feel, Palm Beach might be for you. The permanent population of the city isn’t huge, but the city is incredibly popular with tourists for its beauty, weather and outdoor activities. Whether you want to get out and do things or just relax, Palm Beach is a great choice.

It is also one of the wealthiest communities in the USA, as you could probably imagine by its tropical climate. While the cost of living and affordability might not be as affordable as some of the other cities on this list, it is manageable. There are many homes available to buy, and selling is easy in the city. Not only are there many interested parties due to the climate, but companies like House Heroes can help you sell your home quickly.

Once the home of the Wild West, Denver is now among the most livable cities in the USA. While it has recently gained some more notoriety, there was a time when Denver was one of the “best kept secrets” in the country. With a population of over 700,000 people, the city has grown by nearly 20% since 2010, making it one of the fastest growing cities in the country.

Denver is an attractive, livable place to be. Job markets are strong, weather is unpredictable but pleasant, and you have easy access to some of the most gorgeous scenery on the planet. Commutes are relatively quick, especially for one of the largest cities in the country.

Just like Denver, Austin is among the quickest growing cities in the USA, as its population is creeping up to 1 million. Austin is incredibly diverse, spanning from blue collar workers, to students, to artists, and everything in between. Its culture is vibrant, and it is one of the best places in the world to be if you like live music and art.

In addition, the weather is outstanding most of the year, if you like the heat. Many neighborhoods are incredibly walkable and there is always something to see or an event to be part of. It is also among the safest major cities in the country, which is great for families and individuals alike. While the cost of living has increased with the population boom, it is still manageable, and many families will still find Austin to be an affordable option.

Originally known for its steel, Pittsburgh is reinventing itself as a city of many attractions. Through its growing tech industry and high-quality education, Pittsburgh is becoming a haven for young professionals and families alike. The quality of life in Pittsburgh has been improving rapidly over the past few years, and it offers affordable living for almost everyone.

The sense of community in Pittsburgh is very strong, and the people in the city are proud and passionate. For sports fans, Pittsburgh is near perfect when it comes to their wins. The city almost always ranks highly for its livability and has a little something for everyone without breaking the bank. In particular, the cost of housing is far less than most other large cities.

We hope this article has been help in showing you five of the most livable cities in America. While there are dozens of great cities in the USA, these five are among the best.

Once you’ve picked your next destination, don’t forget to reach out to Gentle Giant Moving Company for a free moving estimate and see more Gentle Giant blog posts as well as the site for additional moving tips.