Gentle Giant Rowers at the Head Of The Charles: Past and Present

Gentle Giant Rowers at the Head Of The Charles: Past and Present 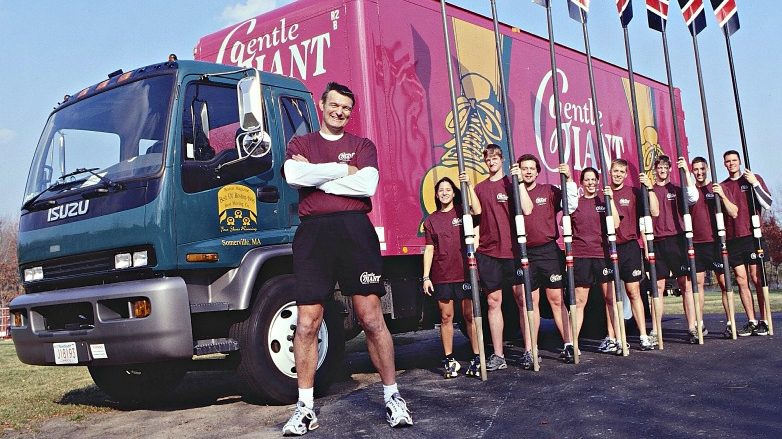 This year, the Head Of The Charles celebrated 55 years of racing. Since 1965, rowers have descended upon Boston during the third weekend in October to cover three miles of water as quickly as possible.

The race began as a simple, one-day event with just over a dozen men’s race categories and has grown exponentially since its first year. The annual event now features over 11,000 athletes in over 2,600 crews. appearing in 71 events over two days. While the race has changed drastically over the years, there has been one constant since 1980: Gentle Giant.

As a company rooted in rowing culture, it’s no surprise that Gentle Giant has a long and decorated history in the rowing world. Gentle Giant founder, Larry O’Toole, spent countless hours racing with Northeastern University men’s rowing and has continued to foster connections and recruited employees through the team. It’s common for at least one past or present employee to walk away from the Head Of The Charles carrying a bit of hardware.

There are more Giants than we can count who have participated in the Head Of The Charles, and so many highlights throughout the years:

Many rowers go on to pass down their skills and knowledge by picking up the coaching megaphone. There have been scores of Gentle Giant athletes-turned-coaches over the years, but let’s look at a few who led teams this year:

Another great Head Of The Charles regatta in the books, and another batch of fun memories and accomplishments for our Gentle Giant rowers. We are proud to call each one of them Giants and look forward to seeing what our employees and alums do next year!

Think you have what it takes to hang with this fine group of athletes? Check out our careers page and come join the team!